Are Bans on "Gay Conversion Therapy" Based on Reason and Evidence?

A legislative panel held a hearing this morning to consider the issue of a ban on "gay conversion therapy." Here are a few questions lawmakers should ask before supporting a counseling censorship bill that would put legislators with no medical expertise in the position of judging appropriate medical treatments:

First, supporters of the counseling censorship ban cite several specific practices that are part of some kinds of "conversion therapy" ("a variety of shaming, emotionally traumatic or physically painful stimuli..." as one supporter of the ban has put it) that they consider to be harmful:

Second, according to information from supporters, a lot of people have undergone conversion therapy. That would indicate that there must be a lot of psychologists who offer it:

Third, if conversion therapy is to be banned because of "health risks for LGBTQ young people such as depression, decreased self-esteem, substance abuse, homelessness, and even suicidal behavior," wouldn't that implicate some of the LGBTQ orientations this bill is intended to privilege? These very pathologies seem to be overrepresented in many LGBTQ populations--apart from any conversion therapy. One report, for example, asserts that as many as 40 percent of transgender adults report having attempted suicide. Doesn't the logic of this argument call non-traditional sexual orientations themselves into question?

Fourth, let's assume that harm to some individuals (not all, there are a number of people who have benefited from some form of conversion therapy) has in fact occurred.

Finally, if there were no demonstrated harm from conversion therapy, would supporters still oppose it?

The arguments for the counseling censorship bill is fraught with ubiquitous appeals to authority (a large array of professional associations oppose it), and the fact that public opinion polls are against it. Since when are appeals to opinion polls considered an appropriate way of determining the integrity of medical procedures? In fact, the very rhetoric of those who pretend to be acting on behalf of science--which includes not only ad populum appeals and appeals to authority, but also emotional appeals--belies a very unscientific attitude toward the issue.

One also wonders whether the people who now oppose gay conversion therapy would automatically change their minds if professional associations changed their opinions and supported it instead (as they once did before they were politically pressured to change their positions). In other words, if these associations changed their minds tomorrow, would these people drop their support for these counseling censorship bills? If we index the integrity of medical or psychological procedures to such things, then we would have to say that there was nothing wrong with conversion therapy when it had professional and public support.

It is tempting to conclude that the reason for censoring psychological counselors has little to do with these arguments and more to do with the ideologies the opponents seem to represent. But ideology should not be the determining factor for deciding the integrity of medical or psychological practices.

Email ThisBlogThis!Share to TwitterShare to FacebookShare to Pinterest
Labels: science

The Roots of the World 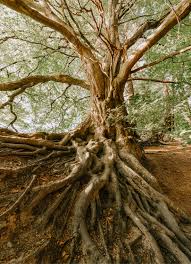 Once upon a time a little boy lived in a garden in which he was permitted to pick the flowers but forbidden to pull them up by the roots. There was, however, one particular plant, insignificant, somewhat thorny, with a small, star-like flower, which he very much wanted to pull up by the roots.  His tutors and guardians, who lived in the house with him, were worthy, formal people, and they gave him reasons why he should not pull it up.  They were silly reasons as a rule. But none of the reasons against doing the thing were quite so silly as the little boy's reason for wanting to do it; for his reason was that Truth demanded that he should pull the thing up by the roots to see how it was growing.  Still it was a sleepy, thoughtless kind of house, and nobody gave him the real answer to his argument, which was that it would kill the plant, and that there is no more Truth about a dead plant than about a live one. So one dark night, when clouds sealed the moon like a secret too good or too bad to be told, the little boy came down the old creaking stairs of his farmhouse and crept into the garden in his nightgown. He told himself repeatedly that there was no more reason against his pulling this plant off the garden than against his knocking off a thistle top idly in a lane.  Yet the darkness which he had chosen contradicted him, and also his own throbbing pulse, for he told himself continually that next morning he might be crucified as the blasphemer who had tom up the sacred tree.

Perhaps he might have been so crucified if he had so torn it up. I cannot say.  But he did not tear it up; and it was not for want of trying.  For when he laid hold of the little plant in the garden he tugged and tugged, and found the thing held as if clamped to the earth with iron.  And when he strained himself a third time there came a frightful noise behind him, and either nerves or (which he would have denied) conscience made him leap back and stagger and stare around.  The house he lived in was a mere bulk of blackness against a sky almost as black. Yet after staring long he saw that the very outline had grown unfamiliar, for the great chimney of the kitchen had fallen crooked and calamitous. Desperately he gave another pull at the plant, and heard far off the roof of the stables fall in and the horses shriek and plunge. Then he ran into the house and rolled himself in the bedclothes. Next morning found the kitchen ruined, the day's food destroyed, two horses dead, and three broken loose and lost.  But the boy still kept a furious curiosity, and a little while after, when a fog from the sea had hidden home and garden, he dragged again at the roots of the indestructible plant.  He hung on to it like a boy on the rope of a tug of war, but it did not give.  Only through the grey sea-fog came choking and panic-stricken cries; they cried that the King's castle had fallen, that the towers guarding the coast were gone; that half the great sea-city had split away and slid into the sea. Then the boy was frightened for a little while, and said no more about the plant, but when he had come to a strong and careless manhood, and the destruction in the district had been slowly repaired, he said openly before the people, "Let us have done with the riddle of this irrational weed.  In the name of Truth let us drag it up." And he gathered a great company of strong men, like an army to meet invaders, and they all laid hold of the little plant and they tugged night and day.  And the Great Wall fell down in China for forty miles.  And the Pyramids were split up into jagged stones. And the Eiffel Tower in Paris went over like a ninepin, killing half the Parisians; and the Statue of Liberty in New York harbour fell forward suddenly and smashed the American fleet; and St. Paul's Cathedral killed all the journalists in Fleetstreet, and Japan had a record series of earthquakes and then sank into the sea. Some have declared that these last two incidents were not calamities properly so called; but into that I will not enter. The point, was that when they had tugged for about twenty-four hours the strong men of that country had pulled down about half of the civilized world, but had not pulled up the plant. I will not weary the reader with the full facts of this realistic story, with how they used first elephants and then steam engines to tear up the flower, and how the only result was that the flower stuck fast, but that the moon began to be agitated and even the sun was a bit dicky. At last the human race interfered, as it always does at last, by means of a revolution.  But long before that the boy, or man, who is the hero of this tale had thrown up the business, merely saying to his pastors and masters, "You gave me a number of elaborate and idle reasons why I should not pull up this shrub. Why did you not give me the two good reasons:  first, that I can't; second, that I should damage everything else if I even tried it on?"

All those who have sought in the name of science to uproot religion seem to me very like the little boy in the garden. Skeptics do not succeed in pulling up the roots of Christianity; but they do succeed in pulling up the roots of every man's ordinary vine and fig tree, of every man's garden and every man's kitchen garden. Secularists have not succeeded in wrecking divine things; but Secularists have succeeded in wrecking secular things. A religion cannot be shown to be monstrous at the last; a religion is monstrous from the beginning.  It announces itself as extraordinary. It offers itself as extravagant.  The sceptics at the most can only ask us to reject our creed as something wild.  And we have accepted it as something wild.  So far one would think there would be a mere impasse, a block between us and those who cannot feel as we do. But then follows the curious practical experience which has ratified religion in our reason for ever.  For the enemies of religion cannot leave it alone.  They laboriously attempt to smash religion. They cannot smash religion; but they do smash everything else.  With your queries and dilemmas you have made no havoc in faith,: from the first it was a transcendental conviction; it cannot be made any more transcendental than it was.  But you have (if that is any comfort to you) made a certain havoc in common morals and common sense.

The opponents of our religion do not commit us to accepting their axioms; our axioms remain what they were before; but they do commit themselves to every doctrine of insanity and despair.  They do not hit us, but they do plunge past us into the marsh and the abyss. Mr. Blatchford cannot commit us to the comment that man is not the image of his maker for that statement is as dogmatic as its denial. But he can and does commit himself to the statement, humanly ludicrous and intolerable, that I must not blame a bully or praise the man who knocks him down.  Evolutionists cannot drive us, because of the nameless gradation in Nature, to deny the personality of God, for a personal God might as well work by gradations as in any other way; but they do drive themselves, through those gradations, to deny the existence of a personal Mr. Jones, because he is within the scope of evolution and his edges are rubbed away. The  evolutionists uproot the world, but not the flowers. The Titans never scaled heaven, but they laid waste the earth.
Posted by Martin Cothran at 2:48 PM 7 comments: