From my article in the Summer edition of the Classical Teacher magazine, "Why Johnny Can't Add":

This is one of the most controversial aspects of modern math pedagogy: the complicated way in which it proposes to teach simple arithmetic. This is not an accident and is, in fact, very intentional. The idea behind this “multiple strategies” approach is to intentionally complicate the process of learning arithmetic in order to force the student to think about the procedures he is learning. The more strategies employed to teach a child to solve simple arithmetic problems, goes the reasoning, the better off he will be.

This is exactly the opposite approach to that taken by traditional educators. If we were to haul the teacher in my father’s one-room schoolhouse into a modern math classroom, her first impression would be that the education world had been turned upside down. She would wonder why we had completely over-complicated a simple procedure. And if we were to tell her that the reason we were doing it was to get children to understand arithmetic better, she would get out the dunce cap and put us on a stool in the corner.

Read the entire article here.
Posted by Martin Cothran at 1:49 PM No comments:

I was out of town when the British thumbed their noses at the EU and much of their own government by voting to leave the European Union. I walked back to my hotel room from the convention I was at and turned on CNN, where commentator after commentator declared that BREXIT was the end of British civilization as we know it, and that, in general the sky was falling and we're all going to die.

The curious thing about all the hand-ringing is that it was accompanied by virtually no explanation as to why, exactly, BREXIT was bad for Britain or anyone else. I watched for a full two hours and didn't hear a single reason why this was such a disaster, other than that it was upsetting to liberals. There may very well be a downside, but you wouldn't have been able to actually detect it in any of the apocalyptic rhetoric coming from the media.

In fact, for some of us, large numbers of upset liberals is itself a good sign.

Why did liberals oppose BREXIT? This question is of course related to the question of why liberals like the EU so much in the first place.

The reason liberals opposed BREXIT (and like the EU) is that liberals are elitist. Despite all the rhetoric about democracy and egalitarianism, liberals are fundamentally and philosophically opposed to both.

What inclusion in the EU means for the common person is that he will have important decisions made for him by faceless bureaucrats in Brussels, the capital of the EU.

It is a maxim of organizational political dynamics that the bigger the bureaucracy, the more liberal is its leadership. Exhibits A and B: the EU, the UN. Elite bureaucracies are always more liberal than the people.

In addition, having a governing system in which decisions are made by anonymous people in faraway places means never having to say you're sorry. And to be a liberal leader in a member country puts you in the position, when you are criticized for some absurd liberal policy imposed on you by the technocratic elites in Belgium's capital city, to be able to simply shrug your shoulders and say, "I'm sorry, but we have no choice but to comply because we're EU members."

Most liberal policies would never see the light of day if liberals had to depend upon the ordinary processes of an even vaguely democratic government. The only way most of them can ever succeed in being implemented is if they are forced on the public by institutions that are unaccountable to the people.

This is how here in the United States we got abortion-on-demand, same-sex marriage, and now transgender bathrooms. Only rarely are these kinds of policies the result of the democratic process. They are almost exclusively the product of some unelected and unaccountable bureaucratic or judicial elite. And that's how we get trade deals that enrich trans-national corporations and line the pockets of people like Hillary Clinton while putting middle class Americans out of work.

Like all elite institutions, the EU is peopled by "progressives," the Anointed Ones, who know better than the rest of us how we should live our lives.

And that's the way liberals want to keep it. That's why they are in favor of the Supreme Court in the United States being able to rewrite the U. S. Constitution on a whim without going through the constitutionally appointed process of amending it. It's why they want the bureaucracy in Washington to be able to issue proclamations that have no grounding in any law passed by Congress. It's why they like the UN.

And it's why they opposed BREXIT.
Posted by Martin Cothran at 1:00 PM No comments: 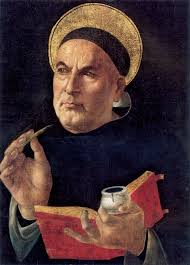 Bishop Robert Barron has something more to offer today's coddled and fragile college students than safe zones and trigger warnings:


Even great works of literature and philosophy—from Huckleberry Finn and Heart of Darkness to, believe it or not, Kant’s Critique of Pure Reason—are now regularly accompanied by “trigger warnings” that alert prospective readers to the racism, sexism, homophobia, or classism contained therein. And popping up more and more at our colleges and universities are “safe spaces” where exquisitely sensitive students can retreat in the wake of jarring confrontations with points of view with which they don’t sympathize. My favorite example of this was at Brown University where school administrators provided retreat centers with play-doh, crayons, and videos of frolicking puppies to calm the nerves of their students even before a controversial debate commenced!

It's kind of ironic that there was greater tolerance about what you could talk about in the Middle Ages than on a modern college campus:


If we consult Aquinas’s masterpiece, the Summa Theologiae, we find that he poses literally thousands of questions and that not even the most sacred issues are off the table, the best evidence of which is article three of question two of the first part of the Summa: “utrum Deus sit?” (whether there is a God). If a Dominican priest is permitted to ask even that question, everything is fair game; nothing is too dangerous to talk about.

St. Thomas not only listened to other people's arguments but when he responded to them, he gave them the best characterization he could so that he wouldn't be arguing against a straw man;


After stating the issue, Thomas then entertains a series of objections to the position that he will eventually take. In many cases, these represent a distillation of real counter-claims and queries that Aquinas would have heard during quaestiones disputatae. But for our purposes, the point to emphasize is that Thomas presents these objections in their most convincing form, often stating them better and more pithily than their advocates could.

It worked a lot better than today's adult version of day care. Read the rest here.
Posted by Martin Cothran at 10:19 AM 1 comment:

Why is Muhammad Ali honored and Kim Davis reviled for exercising the same right? 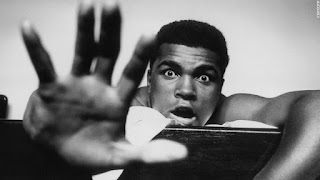 And by the way, saying that you agree with Ali and don't agree with, say, Kim Davis doesn't work. Rights aren't rights only when the reason for exercising them is one you agree with.
Posted by Martin Cothran at 3:33 PM 9 comments:

LEXINGTON, KY--The University of Kentucky is putting politics ahead of its mission to serve Kentuckians in its budget cuts, according to one advocacy group. "The University of Kentucky should cut the political correctness and leave the county extension program and the College of Medicine alone," said a spokesman for the group.
The Family Foundation criticized the university today for laying off as many as 75 employees while leaving the Office for Institutional Diversity, which gets almost $2.5 million a year, untouched. While touting "diversity," the mission of the Office for Institutional Diversity is to promote politically correct causes such as lesbian and gay issues and abortion on campus.
"You have to question the priorities of a university that is cutting important programs like the Kentucky Cooperative Extension Service and the College of Medicine while it is spending $2.5 million on one-sided political activism on campus in the name of diversity," said Martin Cothran, senior policy analyst for the group.
"We wonder how many of the 75 jobs UK is eliminating could be saved by ditching the PC and concentrating instead on non-political programs that really matter."
Cothran also said that it was hard to tell exactly what UK's Office for Institutional Diversity has actually accomplished, since its goals were vague and ill-defined. "It's very hard to tell exactly what this $2.5 million is buying. Most of the money seems to be going to pay people to repeat the word 'diversity' over and over again in the hopes that people will think that they're actually doing something useful."
Cothran said the University could retain the $260,000 in funding for Minority Student Affairs, the MLK Cultural Center, and Student Support Services and still save over $2 million.
The group pointed to the university's budget, which indicates that almost $1 million of the $2.5 million of its diversity budget goes for administration. "It appears," said Cothran, "that UK can't even do left-wing politics very efficiently."
###
Posted by Martin Cothran at 12:32 PM No comments:

Where's the Sauce for the Gander? Criticizing Gov. Bevin for what Beshear (and Obama) did with impunity

For years now liberal governors and Obama himself have issued executive orders like they were going out of style. But now a Republican governor is issuing executive orders to get a few things done and all of a sudden it's problem.

In a new case brought against Gov. Matt Bevin's recent executive orders by labor unions, Judge Phillip Shepherd said today, "It kind of boggles the mind what the potential would be for mischief if there is not some limiting principle." Hmmm. Wonder how this judge is going to rule.

I'd love to believe that Judge Shepherd's mind was boggled by similar actions by Gov. Beshear, but for some reason that seems unlikely.

The chief problem once again is that liberal judges within the justice system have so tarnished the reputation of the courts through political decisions that have little to do with the law and a lot to do with political agendas that, a), no one is going to be surprised when Judge Shepherd rules against Bevin for what Beshear did with impunity and, b), when he does it, very few people are going to believe it has much to do with the interpretation of law (whether it really does or not) and a whole lot of people are going to write it off as just another decision by a judge who sees it has his (or her) responsibility to enforce the "progressive"—usually Democratic) agenda and using the law as a cover.

This has been particularly true in Frankfort, a company town.

Posted by Martin Cothran at 2:05 PM No comments: