The Lexington Herald-Leader ran the story yesterday. I am quoted in the latter part of the story: 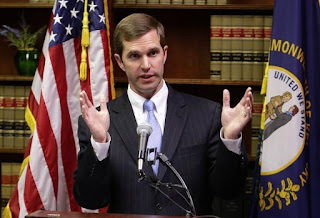 Attorney General Andy Beshear said Tuesday he will defend only one of two new laws that limit abortion in Kentucky.

In a statement, Beshear said his office would defend House Bill 2, which requires doctors to perform an ultrasound and present the results to their patient before providing an abortion, but will not defend any legal challenge to Senate Bill 5, which bans abortion after 20 weeks of pregnancy.


Read more here.
Posted by Martin Cothran at 12:19 AM No comments:

The Tortured Logic of the #Gender Revolutionaries: #NatGeo goes Medieval on Common Sense 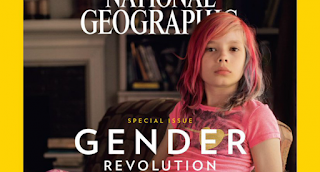 My most recent article at Intellectual Takeout:

Perhaps Henig was just not genetically predisposed to be logical.

Read the rest and join the dicussion here.
Posted by Martin Cothran at 3:08 PM No comments:

Climate Scientist quitting because of political activism of her profession

Posted by Martin Cothran at 9:23 AM No comments:

Email ThisBlogThis!Share to TwitterShare to FacebookShare to Pinterest
Labels: global warming, the End is Near 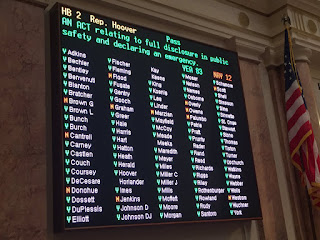 On the day that the New and Improved Kentucky General Assembly passed two prolife bills, Planned Parenthood held a rally in the Capitol Rotunda to warn against the dangers of saving unborn babies.

But at least no one was offering fetal body parts for sale. We'll give them that.

Planned Parenthood's defenders in the House, of course, voted against the bills. The opponents charged Republican leadership with "railroading" the bill through (at "breakneck speed," said the ACLU). That's right. A bill (or something very similar to it) which has been introduced repeatedly and which has even had several legislative hearings (but no votes, other than in the Senate) over the course of several years just hasn't received enough scrutiny.

And, anyway, it's a pretty simple bill.

House Democrats, of course, don't like railroads when it comes to passing prolife legislation. They prefer cemetaries.

Now let us pause for a moment to consider the fact that no one has ever played political games in Frankfort before. Particularly Democrats. And Jeff Greer has never done it himself.

And no Democrats were seen on the floor yesterday assailing parliamentary moves that they themselves not only defended just last year, but used themselves.

Did House Republicans use parliamentary procedures to further their legislation? Of course they did. Lawmakers do it all the time. That's what parliamentary procedures are for. Legislatures pass rules so that members can use them. That's what House Republicans did when they recessed to hold a judiciary committee meeting and rolled changes to House Bill 2 (the "ultrasound" bill) into a committee substitute to prevent Democrats from offering amendments, many of which were "poison pills" to make the bill unconstitutional and therefore subject to rejection by the courts.

If they did, they kept it to themselves.

The people now criticizing House Republicans for "playing political games" with a prolife bill need to ask themselves whether having their motions to suspend the rules voted on in open roll call votes isn't a little better than having the Democratic speaker ignore Republican calls for roll call votes and instead take voice votes and rule that their side won when clearly the votes were in the other direction.

Or maybe they should just stop being hypocritical.

Posted by Martin Cothran at 11:05 PM No comments: