As it turns out, the debate over SB 48 had nothing to do with #childbrides at all

WDRB's story about the passage of SB 48 today, a hearing in which I testified in favor of the bill which the Family Foundation had an important part in strengthening: 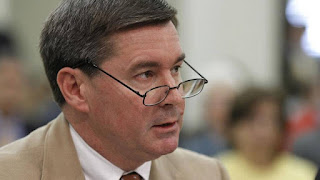 FRANKFORT, Ky. (WDRB) -- A bill designed to prevent Kentucky’s children from getting married at a young age passed a key hurdle Tuesday in Frankfort. The Senate Judiciary Committee approved the bill 10-0.
Currently, Kentucky has no minimum age limit for marriage, but anyone under 16 must have permission from a judge.
Senate Bill 48 -- known as the Child Bride Bill -- raises the legal age of marriage in Kentucky without parental consent to 18, and officials won't be able to issue marriage licenses to anyone under the age of 16 regardless of parental approval.

The Carnival of Absurdity on #SB48 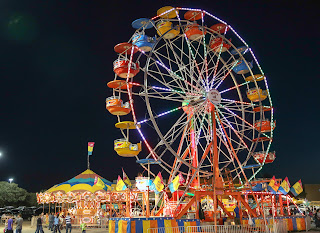 Yesterday, the Courier-Journal wrote an error-filled article titled "Kentucky's 'child bride' bill stalls as groups fight to let 13-year-olds wed." Its author, Deborah Yetter, a liberal writer for the paper, took what seemed to be all of the wild rhetoric of some supporters of the bill, and enshrined them in a news story. Then the story was taken by national newspapers and broadcast all over the country.

Not only was the title blatantly false to the point of being scurrilous, but the story itself blatantly misrepresented the Family Foundation's position on SB 48.

"A bill to make 18 the legal age for marriage in Kentucky has stalled in a Senate committee amid concerns about the rights of parents to allow children to wed at a younger age, according to several lawmakers," says Yetter. And good luck trying to correct this falsehood, given that Yetter contacts the Family Foundation office only about an hour and 15 minutes before she posts her story and is then able to write "Family Foundation Executive Director Kent Ostrander did not respond to requests for comment."

She never attempted to call me (which she's done frequently in the past), who was the one handling communications on this issue.

First of all, this bill does not ban child marriages if by that anyone means the prohibiting all marriages of minors. It allows 17 year-olds to marry under certain conditions. The only debate was over what those conditions were. The Family Foundation wanted to keep current provisions that allowed parents to consent and opposed taking away the right of all parents, bad and good, and handing it to judges.

The Family Foundation has always supported the provisions in the bill that prevent children under 17 from marrying. The only issue with the bill was that it took away parental consent in the case of 17 year-olds and gave it to the very judges who, we now know (if all the rhetoric about the crisis of child marriages is to be believed) were allowing children under 16 years-old to get married (Under KY law, only a judge can do this).

Second, the Foundation just asked the chairman for a week to fix this problem. He recognized that the concerns were reasonable and was kind enough to do this. And we never asked that it be delayed past the first week. In any case, I believe we are going to see an improved bill come out of the committee next week.

The Foundation never said anything publicly about the bill until inaccurate stories like Yetter's hit the web, after which it became imperative to correct the misapprehensions that were on the loose. It didn't even lobby against the bill, with the exception of conversations that were had with three or four committee members, none of whom were asked to vote against the bill, since negotiations were still happening.

But the carnival of absurdity that the talk surrounding this bill has engendered is a wonder to behold.

Partly thanks to the Courier-Journal's ethically-challenged journalism, people think the opposition to the bill is about whether 13 year-olds can marry.

Of course, it doesn't help that nobody who thinks they are qualified to comment on this online bothers to know the facts, read the bill, or even understand the legislative process (the bill was never "killed" as some online sites reported).

Inaccuracy and bias is not something the CJ has ever shied away from. But they've almost outdone themselves this time.
Posted by Martin Cothran at 6:53 PM 3 comments: