Is the #Bible one of the 21 most overrated #books ever? 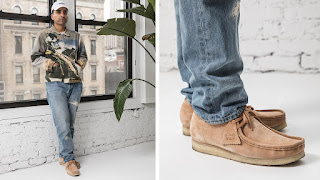 A new article in GQ lists the "21 most overrated books ever." Of the 21 books GQ lists that aren't worth reading, one of them is the Bible. It's enough to make you wonder if GQ is a magazine worth reading.

The Bible gets the boot, along with Hemingway's Old Man and the Sea and Farewell to Arms, Cormack McCarthy's Blood Meridian, David McCullough's John Adams, Mark Twain's Huckleberry Finn, and the book that British readers voted the best book of the twentieth century, Tolkien's The Lord of the Rings.

As an act of literary vandalism, the article isn't exactly convincing. In some of their complaints, the authors (the apparently culturally illiterate GQ editorial staff) sound like women's studies professors having a bad hair day (some of the books are "sexist")--or like Jesse Jackson on, well, any day (some are "racist"). It adds, "but most are just really, really boring."

Say this for the Visigoths: At least they didn't pretend they were pursuing some high-mined ideological agenda when they helped destroy civilization, nor did they find what they were vandalizing to be particularly "boring."

In each case, GQ recommends another, usually more obscure book to read for each of the classic books it denigrates.

And displacing Blood Meridian is The Sisters Brothers, the New York Times #1 bestseller (not really) by Patrick deWitt, about two hired killers in the Old West--but an Old West, we can be sure, sanitized of racism and sexism.

Instead of the Bible? The new-wave European Notebook by Agota Kristof. If you've never heard of it, don't worry. You're not alone. But among GQ editors, it's all the rage.

And even though their unwanted list happily includes two J.D. Salanger books, they make the mistake of admitting that they actually enjoyed them in school. Never trust anyone who liked Catcher in the Rye. Even in school.

The article is written in a tongue-in-cheek tone, but still, an article like this makes you wonder whether you can trust GQ on anything. The magazine is, according to the its online self-portrait, devoted to men's fashion, style, grooming, fitness, and lifestyle.  Given the bad taste evinced here, can you even trust these people on men's fashion?

Soon they'll be trying to bring back ... wait. They are! Wallabees? Seriously?

All in all, the GQ editors find that the body of great Western literature is just too filled with "rigid masculine emotional landscapes," "misogynistic gender roles," and "masculine bluster." I'm guessing that if the editorial staffs for GQ and Ms. magazines were secretly switched one day, no one would ever notice.

Except the Ms. editors would at least have enough fashion sense not to think that donning wallabees was a particularly compelling fashion statement.

Posted by Martin Cothran at 11:33 PM No comments:

I will be speaking at the CiRCE Institute's regional conference in Louisville on the liberal arts on May 18-19, along with Chris Perrin, Professor Carol and Hank Reynolds, Adam Andrews, Brian Philips and Matt Bianco. It's at the historic Seelbach Hotel. Check it out.
Posted by Martin Cothran at 2:51 PM No comments:

Classical Education is More than a Method: The Secondary Place of Dorothy Sayer's Trivium

My article in the newest Classical Teacher is now up at the Memoria Press website: "Classical Education is More than a Method: The Secondary Place of Dorothy Sayer's Trivium."

If you were to ask most classical educators what classical education is, you would find them hard-pressed to give a short, coherent answer. That is the way with a lot of movements: It’s easy to get swept up in the enthusiasm, but when asked to formulate what it is that excites you, it’s hard to articulate.

But when you can get an answer to the question, “What is classical education?,” it is almost always in terms of Dorothy Sayers’ trivium, her three “states of development”—the grammar stage, the dialectic stage, and the rhetoric stage. These together, we are told, are what constitute a classical education.

The origin of this conception of classical education can be found in a speech Sayers gave to students at Oxford University during a vacation term in 1947, titled “The Lost Tools of Learning.” Despite the lack of attention paid to it at the time or in the succeeding decades, its republication in Douglas Wilson’s 1991 book, Recovering the Lost Tools of Learning, made it a rallying cry for thousands of classical home and private schools across the country.

Read the rest here.
Posted by Martin Cothran at 3:35 PM No comments:

This Just In From the Cultural Authorities: "Civilization" a Bad Word 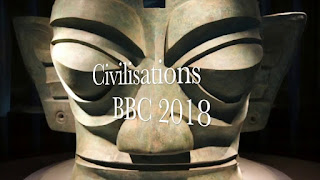 Kenneth Clark's "Civilization" mini-series, produced by the BBC and aired on American public television in 1969, celebrated the Western art and culture it depicted and explained. The show was one of the most widely watched and re-aired shows of its kind at the time, and is still discussed today, almost fifty years after its television debut.

In fact Clark, the famous British art critic who hosted the original show, was unambiguous about why he was doing the show in the first place. According to Eric Gibson, who reviewed public television's new update of the show, Clark "developed his series as a response—even a rebuke—to those 'advanced thinkers [of his time]…who have begun to question if civilization is worth preserving."

One wonders what he would say of the new show.

Called "Civilizations" (note the additional 's' in the title), the new program isn't nearly as keen as Clark was on the civilization on which it purports to be describing. Rather than focus on Western civilization, which apparently fallen into disrepute by the cultural philistines who run things like public television, the new show takes a "global approach."

Says Gibson, the very word "civilization" is now politically charged, "implying as it does hierarchies of achievement and value judgments, not to mention its opposite: barbarism."

That someone would say that our culture is better than any other or that some other culture is deficient in some way is the kind of thing that causes fainting spells among our intellectual class. They have reached such a high level of cultural sophistication that they can now declare that all cultures are good--except the one they live in.

But this is the thing about those who pretend to be value-neutral: The very moment after congratulating themselves on the fact they they don't make judgments, the contradict themselves.

"But there is one respect in which “Civilizations” is decidedly not value-free," says Gibson, "and that is in its attitude toward the West. If there are any barbarians in this series, they are the denizens of Europe, who are nearly always depicted as racists, conquerors, looters, slave owners, colonialists and originators of the lurid 'male gaze' in art."

No viewpoint is better than any other (except your own). There are no barbarians (except the people you don't like).

And as we might expect from the postmodernist cultural elites, there is a bias against traditional religion: "The history of Christianity is recounted variously as propaganda or 'a blood sacrifice' along the lines—and I’m not making this up—of the Aztecs’ ritual practices."

Are we supposed to take that as a slight on Christianity, which these people hate? Or as a PR upgrade for the Aztecs who, being indigenous Americans, are a privileged race? It is hard to tell.


As Gibson points out, all fifteen episodes of the original "Civilization" series are on Youtube. If you want an account of our civilization by someone who is on the side of civilization, you'd best go there.
Posted by Martin Cothran at 4:52 PM No comments:

The Villa of the Papyri

The following is my Letter from the Editor in the spring, 2018 issue of The Classical Teacher:
In 79 A.D., the catastrophic eruption of Mt. Vesuvius in eastern Italy covered nearby towns in ash and completely buried many of them. Accounts of the ancient eruption paint a horrific scene: Volcanic pumice rained from the skies and waves of searing hot gas and debris swept over the nearby landscape. Thousands died where they stood, and others fell while in flight.
One of the towns that was buried in the eruption was Herculaneum, which at the time was a popular vacation spot for wealthy Romans. According to some historical accounts, Julius Caesar‘s father-in-law, Calpurnius Piso, owned an elaborate seaside villa in the town. He is reputed to have had one of the great libraries of ancient times.
For almost seventeen centuries the ancient town lay in darkness underground. Excavations of Herculaneum were conducted in the mid-eighteenth century, and Calpurnius Piso’s villa was located. But nearby landowners put a stop to the excavation, and the location was forgotten.
Then in the 1980s excavations were begun again, and special attention was given to Calpurnius’ villa. When excavators began their work they discovered numerous statues and other works of art, many of them in pristine condition.
Then they began to discover something else—scrolls, some of them in the boxes in which they had been placed for transportation during the panic, others littered on the floor. The scrolls were carbonized by the intense heat of the gas from the volcano and solidified into stone. They began to call Calpurnius’ Villa the Villa of the Papyri.
With the development of modern multi-spectral imaging, the burnt scrolls are just beginning to be deciphered. Some scholars are holding their breath over the works of philosophy and literature that might come to light, many of them unknown or lost. We only possess a small fraction of the works of ancient times. St. Augustine cites Cicero‘s Hortensiusas a formative book in his thinking, but all we know of it is what he and a few others quoted in their works. The vast majority of the works of the Greek tragic poets—Aeschylus, Sophocles, and Euripides—were lost long ago.
Could these works lie hidden in ash in the library of Calpurnius Piso? It is exciting to think that they might.
But while we yearn for the discovery of heretofore lost works, what are we doing to learn the ones that have been preserved, and which we have yet to read? Are they not as much lost to us as the works in the Villa of the Papyri? Shouldn’t we wonder as much at the works we have but do not know as at the prospect of the discovery of others?
The treasury of our culture may be missing important things, but it is rich nevertheless. And in many ways, too, this treasury has been covered up by time and neglect. It has been buried in disinterest and distraction and hidden by layer upon layer of modern educational fads and gimmicks.
The work of classical education is to excavate the deep and rich tradition of wisdom and virtue that lies at our very feet, and to decipher the scrolls we have had all along.
We don’t need a spade or multi-spectral imaging. We don’t even need to go to Italy. The works are here at our fingertips. All we need to do is take the trouble to read them.
Posted by Martin Cothran at 3:52 PM No comments: