Is science the only way of knowing? 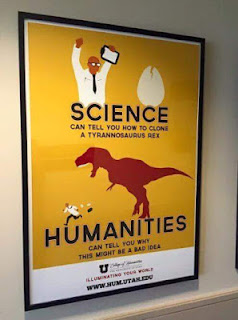 An economist friend of mine recently recommended Peter Boghassian's book Fear of Knowledge: Against Relativism and Constructivism. I had heard of the book, but my friends very high recommendations of it prompted me to order it.

My friend and I had been discussing the issue of "critical thinking skills" and how much of the movement that has developed around this concept has been co-opted by postmodernist thinkers.

This chapter introduces a thesis that is enormously influential in the contemporary academy – Equal Validity: there are many radically different, mutually incompatible, yet ‘equally valid’ ways of knowing the world, with science being just one of them. It explains in a general way how constructivist views of knowledge might be thought to underwrite this thesis.

Boghassian presumably argues against this thesis. Of course, on this particular thesis, I would find myself on the side of the postmodernists. There are clearly other ways of knowing than science. Science could never have been developed if there weren't.

I have addressed this issue a number of times, including here, here, and here.

Now this doesn't necessarily affect the usefulness of Boghassian's arguments against the postmodernists. In fact, this is the interesting thing about arguments between modernists (of which Boghassian is one) and postmodernists: They're both right in many of their critiques of each other. Modernists limit their toolbox to only one tool, and postmodernists seem to reject limits altogether.

The holes in modernism's epistemological net exclude things that should not be excluded and the holes in postmodernism's net are so big they let too many things through.

It seems to me many scholars like Boghassian use the word "science" in the same way that they charge postmodernists use "knowledge" or even "thinking skills," that is to say, without clear definition.

If you define science narrowly--as that method by which the hard sciences come to their conclusions, then you exclude universally acknowledged forms of reasoning (such as those practiced by philosophers like Boghassian) that, of necessity, he must himself practice in his critique of postmodernism. And if you define it so broadly as to encompass rational inquiry in general, then to call it "scientific reasoning" is misleading, since it implies only that form of reasoning used in the hard sciences is valid.

In what way was #Trump NOT exonerated? 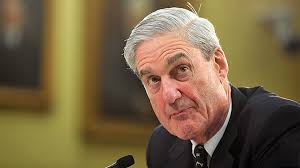 So we're all hearing now that today's letter by Attorney General William Barr quotes Robert Mueller's saying that while his report "does not conclude Trump committed a crime, it also does not exonerate him."

What does that even mean?

The word "exonerate" comes from two Latin words: ex: "out of, from", and onus: "burden." The original sense--and the sense of common usage--is the idea of a burden being taken away.

Legal Exoneration
In other words, the question is, has a burden been taken away from President Trump? Certainly the legal burden has been taken away. He has been legally exonerated. Period. That's not even an issue.

Moral Exoneration
He might not have been morally exonerated. In other words, maybe the President did something Mueller thought was wrong, but not illegal. Maybe that's what he means. It wouldn't exactly surprise anybody if Trump did something wrong. But, of course, no one has appointed Mueller Lord Chamberlain either. His role simply does not encompass judging the morality of the President's actions. So it is hard to think that Mueller was using it in this sense.

Of course, the criticism of anyone--including Trump--by Washington politicians is always a little ironic. If you're going to morally judge other people, doing it from Washington, D.C., not exactly the bastion of morality, is kind of hard to take seriously.

Political Exoneration
Trump might also be said not to be politically exonerated. In other words the burden of the political charges against him (and now that the burden of the legality of the charges has been taken away, all that's left is the political). But then, you can spin political charges all day, and there's no equivalent of Mueller and his legal team to verify any of it. When it comes to political charges, there is literally no accountability. Political exoneration is meaningless in a partisan world. Anybody can say anything. So whether he is politically exonerated is neither here nor there.

Trump's political enemies will do their best to obscure the fact that the expectations they themselves set up for this investigation were exploded today. That's what they do. There was literally nothing Mueller could have done short of finding conclusion evidence that he committed crimes that would have pleased them.