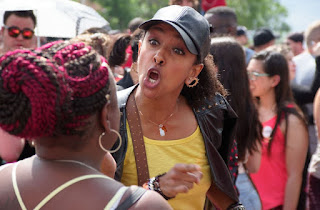 
In one sense political divisiveness has always been with us. The United States was birthed in political animosity ...

... So why do we think the divisiveness of modern politics is so historically unique? How can some people say that the debates of our own time are worse than those which not infrequently consummated in two men firing pistols at each other?

Is there some sense in which contemporary political debates are divisive in a way the older ones were not? How exactly does the attack on Fox News host Tucker Carlson's home differ from a duel?

Posted by Martin Cothran at 1:31 PM No comments:

#Logic and Meaningfulness: Do Truth Tables Imply a Limited View of Meaning? 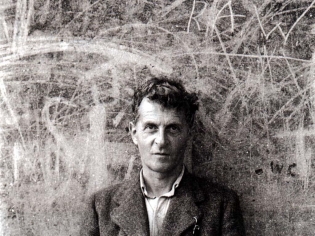 I received an email the other day from someone who had come across my article "Logic and Reality Why Traditional  Logic Does Not Use Truth Tables" (an article that appears on this blog as "Why Traditional Logic Doesn't Employ Truth Tables"). He said that he understood me as suggesting that modern logic "isn't meaningful," and, if this was true, he didn't quite see how it could have value in scientific application or computer science as I seemed to suggest that it did. I thought I would share my answer to him, since posts on logic tend to be among my most read posts on this blog.

I think (and I have not thought this all the way through, so it is still a little experimental), broadly speaking, that the logical thinking that produces the truth tables (specifically Wittgenstein's early positivism) is a kind of thinking that inherently disallows meaning per se--or at least meaning as we think of it.

When Wittgenstein, who invented the truth tables, says at the beginning of the Tractatus, "The world is everything that is the case," he seems to be positing a sort of sterile, Humean world in which there are things and relationships between things about which we make assertions that have "truth value." The truth tables, it seems to me, by virtue of the way they work, embody this view of reality. It would seem that meaning in such a world is problematized--or at least meaning as it manifests itself in such a world (rather than simply being read onto the world by the human mind) has little of the character we ascribe to it in normal mortal speech and thought.

In regard to modern symbolic logic's application to scientific application and computer science, I think the issue is how the tools of these disciplines limit their meaningfulness. Modern symbolic logic limits itself to the exclusively formal, and because of this limitation, it cannot encompass all we mean in our everyday speech (something Wittgenstein, if I understand him correctly, later realizes). Modern symbolic logic limits itself to the extensional or quantitative aspects of words and statements and does not take account of its comprehensional or qualitative character.

Another way to say this is that the extensional use of language restricts us to seeing things only from the outside, while the comprehensional use of language allows us to see into the nature of things--and which kind of thing you are. Science, employing methodological naturalism, can only see things from the outside. Likewise computers, which are limited by their mechanical nature--the only difference between the two being that the scientist, being a human being with a soul, can step out of his scientific role and see into things (through philosophy, poetry, etc.), while computers, being mechanical, cannot.

You have to have a very limited view of language to think that any language that can treated adequately in truth tables. Traditional logic does not limit itself in this way. It is comprehensional in a way that modern logic is not. Traditional logicians recognize that there are aspects of reality implicated in logic that are not purely formal, which is why it incorporates certain aspects of philosophical metaphysics in its study (mostly incidentally in formal logic, but fairly extensively in the branch of logic called material logic).

So it isn't the kind of logic natural and computer science uses that would limit the meaning of what it expresses--it is rather the methodological limitation it imposes on itself that limits the meaning it can have, and the kind of logic it uses is used precisely because it suits their purposes.

In regard to conditional statements specifically, I'm not saying that the view of modern logic in which a conditional statement of the form "If P, then Q" is true when the antecedent is false is meaningless. I'm saying that viewing it that way is a denial of what we actually mean when we use such a statement. In other words, it may mean something, but it doesn't mean what we mean it to say in normal speech (or any other kind outside of the formalities of modern logic).

I don't think this is a matter of context; I think it is a matter of metaphysical assumptions. If you are a philosophical nominalist, then you will accept the truth conditionality of conditional statements and reject the everyday meaning of them. Whereas if you are a critical realist, you will accept the everyday meaning of conditional statements and reject the truth table view.

I think it's that simple. But I'm always open to another view that makes more sense.
Posted by Martin Cothran at 1:57 PM No comments: 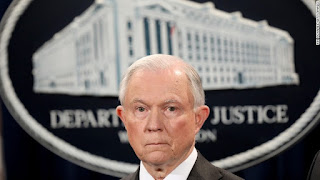 
"He needs to be fired. He needs to be taken out of that job," Warren told “The Axe Files,” a joint podcast between CNN and the University of Chicago Institute of Politics that is hosted by Democratic strategist David Axelrod.


.@realDonaldTrump’s firing of Jeff Sessions brings us one step closer to a constitutional crisis. Congress must act to ensure that Special Counsel Mueller can do his job without interference.