Wynton Marsalis: Hip-hop "is more damaging than a statue of Robert E. Lee" 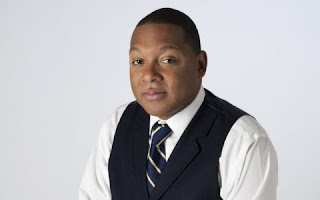 
Trumpeter Wynton Marsalis didn’t hold back during a new interview in which he discussed the impact rap music has had on the Black community. He believes hip-hop is more damaging to African-Americans than statues of the confederate leaders who fought to preserve slavery.

In a recent interview with journalist Jonathan Capehart on his Cape Up podcast, Marsalis shared that he’s never been fond of the vulgarity some rappers spew on the microphone.

“My words are not that powerful. I started saying in 1985 I don’t think we should have a music talking about ni**ers and b*tches and h*es. It had no impact. I’ve said it. I’ve repeated it. I still repeat it. To me, that’s more damaging than a statue of Robert E. Lee.”

Read the rest here.
Posted by Martin Cothran at 9:44 AM No comments: