Is Romney chicken on the same-sex marriage issue? 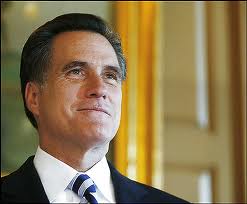 Rush Limbaugh is calling on all the conservatives who went to Chick-fil-A to more publicly support Mitt Romney.

Apparently Rush didn't notice that, while his base was going out of their way yesterday to support the right of the company's president Dan Cathy to have an opinion differing from gay rights groups on the issue of same-sex marriage, Romney was nowhere to be seen on the issue.

Yesterday was a massive statement of support for traditional marriage. It can't be comforting for those who participated in it that Romney, instead of making a statement himself, was completely silent.
Posted by Martin Cothran at 11:27 PM

I would hazard a guess that Romney is staying silent on the issue because there is absolutely nothing for him to gain from coming out against gay marriage, and possibly something to lose. The liberals already won't vote for Romney, and the people who want gay marriage to be illegal are probably already going to vote for Romney anyway. The more interesting group would be people like me, conservatives who wish for gay marriage to either be made legal, or better yet, for marriage in general to be taken out of government hands entirely. Those in this group will be incredibly uncomfortable if he comes out against gay marriage on a policy level. Personally, I'm already very uncomfortable with the fact that he's the best choice this election. The man hardly qualifies as a fiscal conservative. So, I don't think he really poses to gain anything from taking an anti-gay marriage stance. Were he to take a pro gay marriage stance, however, I think he might actually win some support from the more libertarian folk. I don't think he'll do that either though, as being noncommittal or flip-flopping has been his strategy on most social issues throughout his political lifetime.

Romney has shook his etch-a-sketch; he won't take a position on anything unless he absolutely has to. He is running on the issue that he is not-Obama.

I'm fairly certain that both of those sentences are entirely accurate. it's sad, really

Its understandable. If people understood that he plans to hike taxes on the middle class in order to give massive tax cuts to the rich while eviscerating popular government programs that serve the middle class, he wouldn't stand a snowball's chance of winning. That leaves him with speaking in general platitudes about his own plans while placing the blame for everything wrong in the world on the President.

honestly, I think there are a lot of government programs out there that are actively contributing to the economic problems we're in today, and many of the proposed policies of our current President (and some policies that have been enacted during his first term) are very dangerous ideas. However, I will agree that the alternatives proposed by Romney aren't much better. I have a feeling my problems with Romney are very different from your problems with Romney, but that's the nature of politics. We all have our own opinions, do we not?

Yes we all have our own opinions. But we don't all have our own facts. And the facts show that the President's proposed and enacted policies, are, for the most part, the correct ones, and the policies being promoted by the GOP are only good for the 1%.

This 1% nonsense is ridiculous. It sounds catchy, but there is no way that any policy will ever be beneficial/harmful to 99% of the population and harmful/beneficial to only the other 1%. Also, it's useless to argue over the entire platform of a political party, because most Americans don't agree with multiple numbers of the positions held by both parties. I should never have made the blanket statement I made earlier-

"many of the proposed policies of out current President... are dangerous ideas"

as it's a gross generalization that really doesn't accomplish anything. I think the same thing about many of Romney's positions (that I have to guess he has because he hasn't come out and said anything about them). If we are to have a productive discussion in which we disagree, it should probably be done issue by issue. Arguing over the whole gestalt is useless.

I agree. Let's start with Romney's tax plan. An analysis of his plan by a think tank which he himself previously described as a neutral third party shows that his plan would give massive tax cuts to the top 5% (not just 1%, I concede). To pay for this, and to increase defense spending, and to reduce the deficit (all Romney positions) would require eliminating tax deductions which would cause middle class tax bills to go up about $2,000 annually, or virtually eliminating all domestic federal spending. I contend these policies would be devastating to middle and lower income Americans, and only benefit the already wealthy.

I definitely don't think that Romney's tax plan is good, but I also think that Obama's is pretty terrible, particularly the tax increase on small businesses which gross more than 250,000 dollars annually. You can argue that 250,000 dollars is a large amount of money for an individual to earn by himself, but how much money of that goes to the owner of a small business that makes that much? There are small businesses that gross more than a million dollars a year and only pay their owner on the order of 75,000 dollars a year in salary. Should the company really be taxed at that rate when the owner, although making a decent living, certainly isn't "rich"? That money goes to paying employees, (creating jobs!) purchasing materials, paying bills, advertising, et cetera. The big businesses can handle a tax increase, because they have a significantly larger amount of capital, but the people who get hurt by tax increases like this are certainly not in the "top 5%" of earners. These people are middle class americans trying to make a living. If the 250,000$ threshold were an "individual earnings" tax increase, I don't think I'd be nearly as worried, but when it affects small businesses that employ people in the middle class, I can't support it. Obama needs to change his policy on where the threshold is drawn on small business earnings if he wants my vote.

" I also think that Obama's is pretty terrible, particularly the tax increase on small businesses which gross more than 250,000 dollars annually."

You would be absolutely right, if that was the President's actual tax plan. I suspect you are getting your info from a right wing source, most of which have little regard for the truth. The reality is that the tax increase is on those with $250,000 in profit, not $250,000 in gross receipts. Remember, as a scientist, these right wingers who lie about the President are the same people who say that global warming and evolution are myths.

Your point about Global Warming and Evolution is well noted, trust me I'm sick of hearing about how the second law of thermodynamics "disproves" evolution from people who don't know what the first and third laws are. Honestly, now that I think about it, a lot of my political information this cycle has been secondhand ( I simply haven't had time to spend focused on it as much as I normally would like to because I'm doing an internship this summer). I still might have a problem with the policy though. When you say profits, do you mean profits of the entire company, or profits which are paid out to individuals? If a company makes over 250 grand in net profits, but the most it pays the top executives is around 60 grand per year, I still think it probably shouldn't be taxed. If all of that money is going to a single individual, you can make the argument that it deserves to be taxed, and it would be if it was declared as income. However, while it is collectively part of the company, and not going to any one individual, I'm not sure it needs to be taxed at a higher rate, if at all.

In general, I'm not a big fan of the way we do taxes anyway, with tax brackets and all. It is a bad system because it encourages people to try to earn up to just enough that they can be at the top of their own tax bracket without going over. This stifles economic activity, and it encourages people to make poor financial decisions. Instead of a discrete function, where everyone who makes just over an arbitrary magic number gets mauled by the state, we could create a continuous function that would slightly increase your tax rate with your increase in income. This would allow people at the bottom to pay less, and the people at the top to pay more, but in a much fairer way than the current system. It's simply not right when earning 199,999$ a year will let you keep more of your money than the guy who made 201,000$. This just makes people angry.

Also, raising taxes can't solve all of our problems. We are spending way too much money, and no ammount of taxing will fix our problems by itself. We really need to find something that we're willing to get rid of, otherwise we won't be able to afford ANY government programs, because we'll be broke. That would be a disaster. I do not wish to live through a depression, my grandparents have told me enough about how they lived during the first one.

I am proving to myself that I know a lot less about the tax system than I thought I did. After posting what I did, I did a quick google search on the idea of a continuous tax function, sure that some mathematician had come up with one before. While I didn't find what I was looking for, I found out that someone making enough money to qualify for a higher tax bracket is not, as I had said before, taxed to a lower income than someone who rides the bracket. In fact, the new tax rate for those who make over 200 grand is not applied to the first 200 grand earned. So, mea culpa, I spoke out of my rear end.

. I still stand by what I said about probably not taxing money which is collectively owned by the whole company and hasn't been allocated to an individual's income, because this seems like common sense, but I'm going to hold off on giving a solid opinion on anything related to taxes for the time being, because I obviously am horrendously uninformed. That's what you get for listening to conservative talk radio your entire life and only start listening to the other side when you're more than two decades old. It takes a while to sort through which ideas were true, and which ideas were pure bunk.

Finding out you're wrong is REALLY fun. It's like getting hit by a brick in the face. Time to do some research on US tax policy! =)

I am very, very proud of you. People far older than you never learn to quit accepting the propaganda they are fed, because all they want is to have their preconceptions confirmed. Before I could even suggest to you that instead of accepting my word or anyone else's word for something and do the research for yourself, you did it, and you learned something. Just keep it up, and no-one will ever be able to pull the wool over your eyes again.

Here is a short article which provides a simple explanation of tax policy: